With thriving laneways, a bustling café culture and a dynamic arts and music scene, it’s no wonder that Melbourne is known as Australia’s cultural capital on the coast. The city’s warm and welcoming atmosphere make it a popular destination for solo travellers, where buzzing markets, lively festivals and a vibrant nightlife bring locals and visitors together. Melbourne also acts as gateway to Victoria’s picture-perfect landscapes and the famous Great Ocean Road – one of the world’s most scenic coastal drives.

To help you make the most of your time in this diverse and exciting city we’ve put together a handy travel guide.

In Melbourne, you’ll never be short on things to see and do. Spend the morning browsing the fresh produce and bric a brac at the Queen Victoria Market before heading to one of the many museums, such as the Melbourne Museum or the National Gallery of Victoria. Alternatively, you could take a walk through the botanical gardens.

Melbourne plays host to many cultural festivals throughout the year, including the Comedy Festival in April and Melbourne Fringe in September, where you can sample some of Australia’s best talent. Sport is also a big part of city life, with the chance to catch a game of football or cricket a major draw for many visitors.

Some of Victoria’s top landmarks and attractions are just a short drive from the city. If you want to escape the bright lights for a while, head to the beaches on the Mornington Peninsula or the rolling vineyards and wildlife sanctuaries of the Yarra Valley. Phillip Island is another popular day trip from Melbourne, where daily visitors gather to watch penguins emerging from the sea, fur seals lazing on sea-sprayed rocks and, if you’re lucky, a glimpse of migrating whales. Visit Expedia for the latest information on Melbourne’s most popular attractions.

When the sun goes down, Melbourne has a nighttime scene that rivals Sydney. Popular evening spots include Federation Square, with its busy bars and plazas, while craft beer pubs and trendy cocktail bars can be found down the backstreets. Those looking to party into the early hours certainly won’t be disappointed by the late-night venues on offer, which range from techno raves to karaoke clubs. For something more sophisticated you’ll find art-house theatres, comedy nights and live music venues dotted across the city. Alternatively, head to the harbour with a gelato in hand and watch the sun set across the glittering ocean.

The restaurant scene is just as diverse, with everything from tasty street snacks to Michelin-star fine dining. Melbourne’s food is a melting pot of cultures, reflected in the vast array of local and international dishes on offer. Head to Chinatown for delicious dumplings. Try barbecued meats and jam-filled doughnuts at pop-up food markets. Or you could splash out at one of the gourmet eateries and sample innovative cuisine from the country’s top chefs.

Although Melbourne has its fair share of spectacular tourist attractions, some of the city’s best treasures can be found tucked away in its backstreets. Venture off the beaten track into the city’s neighbourhoods and laneways and discover live music venues in basements, hidden rooftop bars and unique boutique shops. Head to Degraves Street to experience its streetside dining scene, patisseries and artisan shops, before making your way down Centre Place laneway to explore more shops and street art.

Suburbs such as Fitzroy and St Kilda are also well worth a journey out of the city centre to enjoy the buzzing evening scene, browse the many craft shops and soak up the Bohemian vibe. Melbourne is also known for its coffee and brunch culture and some of the city’s top cafés can be found by wandering the streets of these cool neighbourhoods.

The Great Ocean Road is one of Australia’s most picturesque coastal journeys, offering some magnificent clifftop views and dramatic landscapes. The 400-kilometre road winds along the southwest coast of Victoria, with plenty of sleepy beachside towns, national parks and landmarks to stop off at along the way. Just a 90-minute drive from Melbourne city centre will take you to the start of the route from the town of Torquay, which continues all the way to Nelson.

Journey highlights include the world-renowned surf at Bells Beach, the Port Fairy lighthouse and the majestic limestone stacks emerging from the sea at the 12 Apostles. Victoria’s dramatic and diverse coastline region takes a few days to explore properly, with an abundance of rainforests, rivers, volcanoes and native wildlife waiting to be discovered. 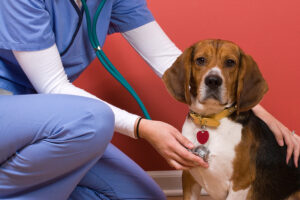